Coming from the same pentatonic note set, they have exactly the same notes in the same ascending alphabetical (pitch) order but with different starting positions. The real difference is that music based on C pentatonic major relates to C as a tonal centre or tonic,  and music based on A pentatonic minor relates to A as the tonal centre. As the intervals above each of those tonics aren't the same in both cases, they impart different musical flavours - in much the same way that major and minor key-based songs do too.

​The example above shows scales starting on C and A, but they can be transposed to begin on any note as explained below the chart. 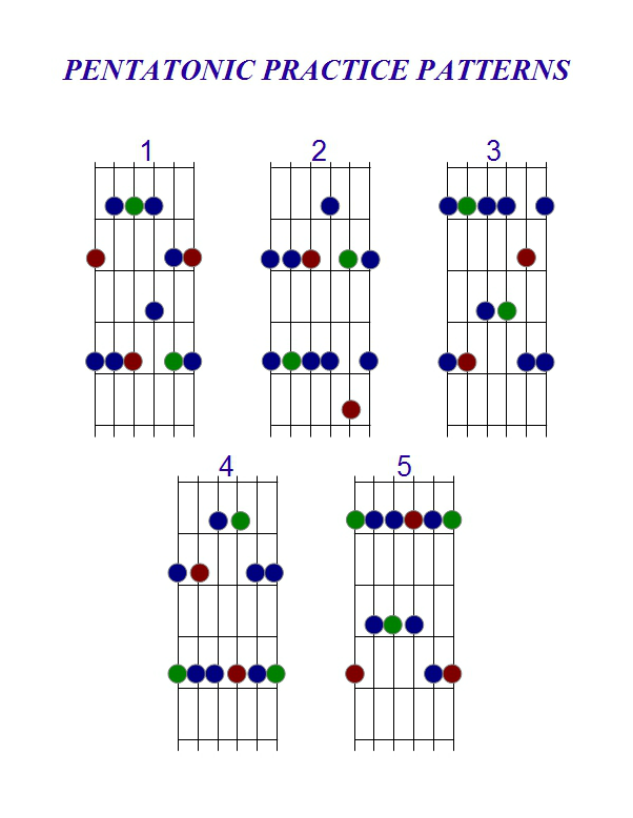