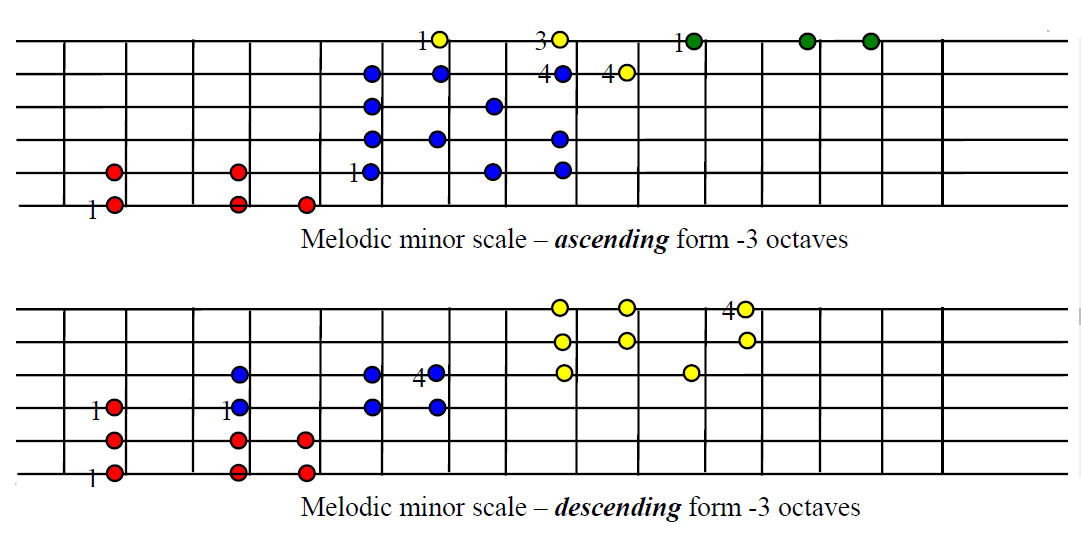 Each pattern is movable, so you can start on any fret you like provided you won't run out of frets at the higher end. Wherever you start will be the tonic (home note) of the scale. The changes of colour indicate a change of fretboard position, and the numbers shown are fretting-hand fingers. Keep to one finger per fret for practice purposes. Remember to play the descending form of the melodic minor scale from highest to lowest note.

About the Forms of the Minor Scale